Hello there! Greetings from Rome!

We just ended our second day of touring Rome, Italy. Actually, yesterday’s tour did not start until three in the afternoon, since our plane landed in the morning. But I’ve gotten so much information in the last 24 hours, that my head is spinning!

Dorothy, my roommate and I, have the supreme luxury of having Maria, as our tour guide, all to ourselves. Thank goodness! Instead of waiting in lines around the block, Maria and her special powers, got us to the front of the line!

The Parthenon, which was originally a tribute to the Pagan gods, was converted to a Christian site. There’s a center in the domed ceiling, that’s been open to the elements for centuries.

Today, we started at the Roman Coliseum… …and ended at the amazing Vatican! Look at all the people! A “mile stone’ from the Appian Way! The Sistine Chapel, all the way to St. Peter’s.

Trust me, this is the super-short version! One thing I know for sure is that Roman technology and power 2,000 years ago, was pretty impressive!

I’ve got dry shoes and socks on and worry that my second (dry) pair of shoes will get soaked, when we head out for dinner! Wish us luck! Goodness knows we had better not miss a meal! 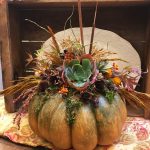 Welcome to the weekend! 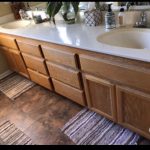 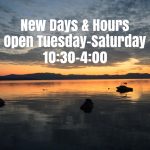 New hours and days to serve you! 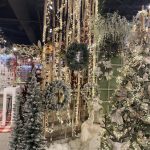 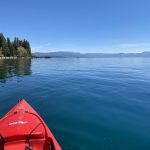 Last week of our Summer Sale!

New arrivals, classes, and creative inspiration
is headed your way!

Signup for our weekly newsletter

New arrivals, classes, and creative inspiration
is headed your way!

Signup for our weekly newsletter